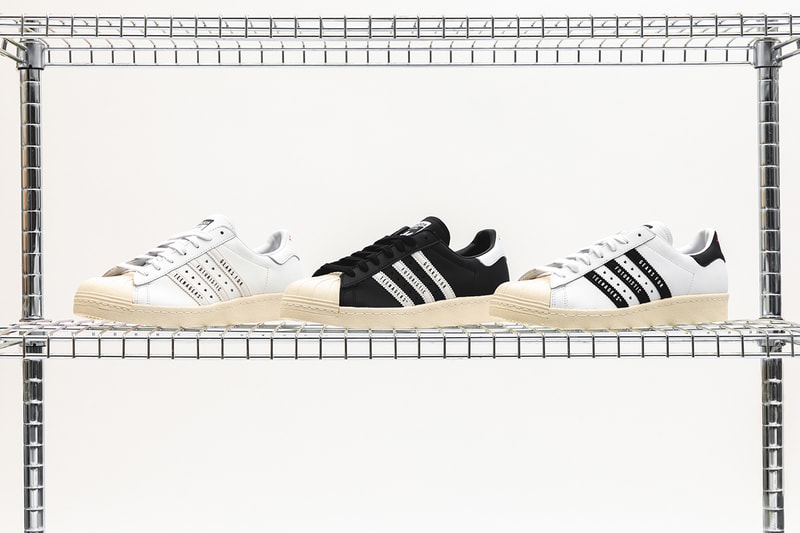 After the collection was announced by NIGO recently, HUMAN MADE's trio of adidas Originals Superstar 80 designs have now received a closer look. The sneaker comes in three classic Superstar colorways, including a black upper with white detailing, a white upper with black detailing and, finally, an all-white design. Finishing off the design of each sneaker is a range of eye-catching details.

Arguably the stand-out detail appears on the Three-Stripe branding, with the words "GEARS FOR FUTURISTIC TEENAGERS" running across the stripes. Additionally, each sneaker features red HUMAN MADE branding on the heel and gold foil adidas Originals branding on the tongue.

The collaboration has already released via the HUMAN MADE web store, but keep an eye out for a global release at select stockists.

In other footwear news, the YEEZY BOOST 350 V2 "Linen" has been officially revealed.