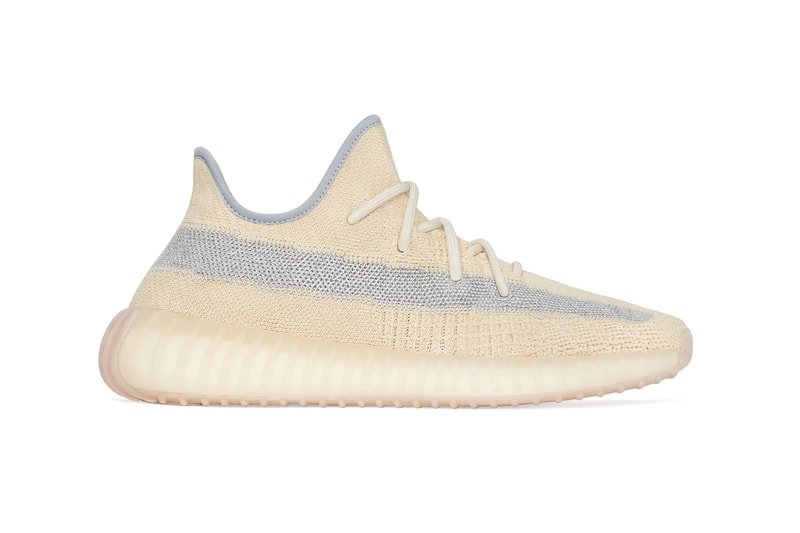 Where the "Linen" truly differentiates itself from the ever-expanding pack of YEEZY BOOST 350 V2s is its two-tone detailing. The Primeknit upper is dressed in a soft tan hue befitting of the material it's named after, but unlike most other 350 V2 releases the embellishments are not tonal. Post-dyed monofilament side stripes, collar trim and sockliners are all presented in a medium gray shade, and some early images have indicated that the stripe may well be reflective.

The "Linen" elects to not equip a heel tab, a detail — or lack thereof — that lets the stark juxtaposition of tan and gray speak loudly. Milky rubber midsoles house a full-length BOOST footbed, with heels, toeboxes and outsoles adding an ever-so-slight pink tint to complete the look.

The adidas YEEZY BOOST 350 V2 "Linen" will release on the adidas webstore and YEEZY Supply come April 18. Retail price is a standard $220 USD.

For more from West and the Three Stripes, check out a sample pair of the YEEZY B00ST 700 MNVN in "Navy."