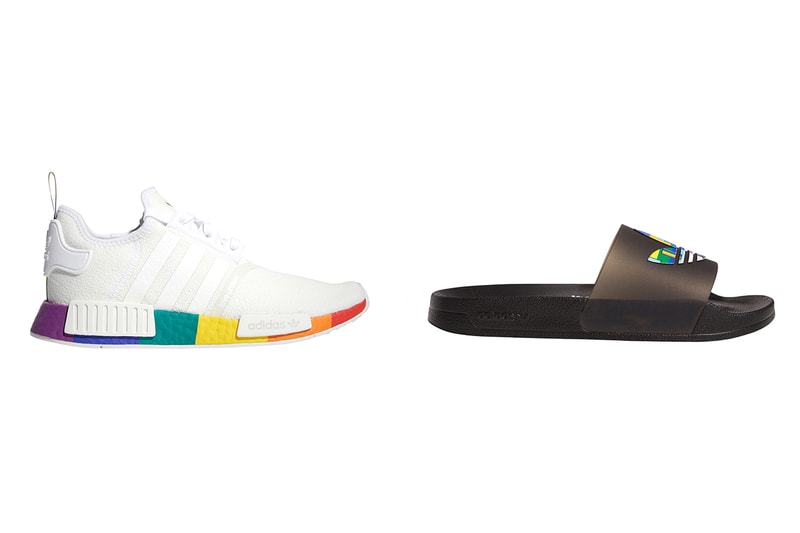 Earlier this month adidas Originals announced the "Pride Pack" consisting of a Stan Smith and Carrera Low, and now the sportswear giant has announced that an NMD_R1 and Adilette will be joining the pack.

Much like the previously seen sneakers, the NMD_R1 and Adilette adopt a color scheme that complements the Pride flag, taking the colors that represent the LGBTQIA+ community and adding them to various aspects of the shoes.

For the NMD_R1, adidas Originals combines a white Primeknit upper with a segmented rainbow-colored BOOST sole unit. The same rainbow hues can be found on the fabric heel tab, which sits underneath the plastic structural component at the rear. adidas Originals completes the pair with white laces, stripes and midsole plugs, as well as the phrase "Love Unites," which can be found printed on the band than runs over the vamp.

The Adilette adopts a black colorway and sports a large, raised Trefoil logo on the strap at the front. It has been given a fitting Pride flag color scheme and features a geometric pattern.

In other news, 424 and adidas Originals have unveiled their full collaboration.