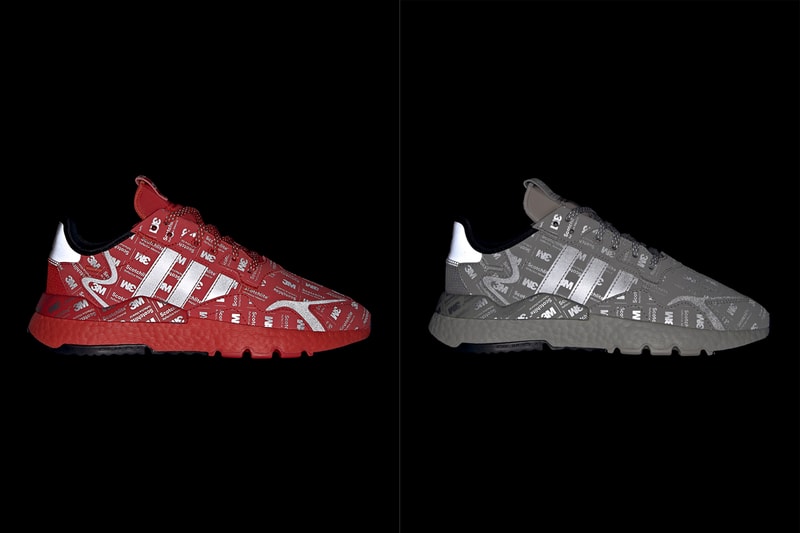 Back in 2019, adidas teamed up with 3M for a highly-reflective take on its Nite Jogger silhouette, and now the three striped-imprint returns with two new heavily-branded iterations in "Hi-Res Red" and "Metal Grey."

The "Hi-Res Red" offering is one of the boldest Nite Joggers to date, bringing a bright, almost coral-like colorway to the base while covering it in an all-over print noting the 3M Scotchlite collaboration. All of the branding shines under light, as does the Three Stripes found on the lateral side of the sneaker.

On the medial side, adidas has added an oversized 3M logo that, naturally, shines and reflects under light too. The same can be said for the "Metal Grey" iteration, which is equally covered in the 3M Scotchlite branding. Both pairs also sport a branded heel clip, reflective speckled laces, a reflective back tab that houses the adidas Trefoil logo, and a subtly reflective tongue tab.

Rounding out each pair is a full-length BOOST sole unit that utilizes the same color found on the mesh and synthetic suede upper. adidas new 3M-covered Nite Joggers in "Hi-Res Red" and "Metal Grey" are set to release on May 1 on adidas' website for $130 USD a pair. Take a closer look at the pairs above.

In other news, the YEEZY BOOST 700 MNVN "Phosphor" and "Bone" are officially releasing.