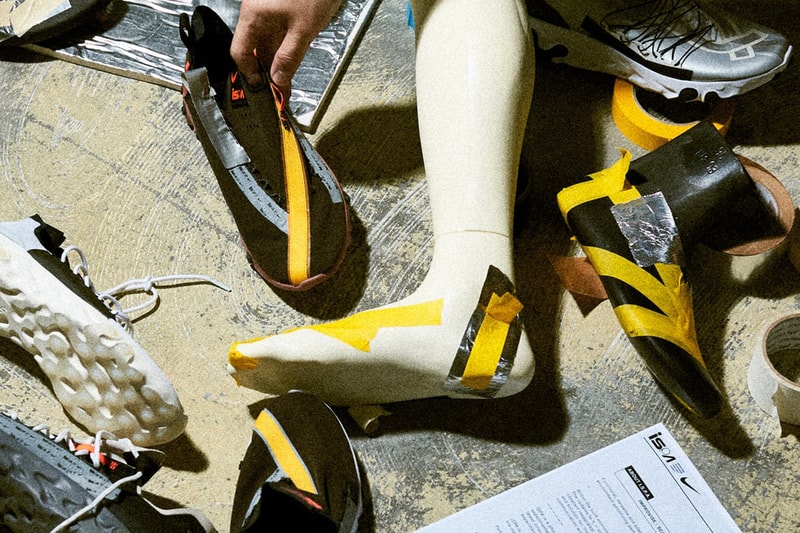 In late 2018, Nike introduced its experiment-driven ISPA program to the masses, delivering a bold new take on the mid-top React silhouette with the React LW WR Mid ISPA in three inaugural colorways. Continuing to draw on its unorthodox approach to contemporary silhouettes, the latest shoe from the ISPA program is even more head-turning than the previous. Dubbed the Nike ISPA OverReact, the newly surfaced runner is a wildly out-of-the-box concoction, taking the React runner to new heights through intricate terraformed weaves and paneled swatches bound by the silhouette’s traditional TPU upper.

On the upper, different patterns are showcased, whereby pronounced seams overlay the varying panels to give it a tech-forward, experimental look. The shoe sees a variety of ventilation coming into play in the form of perforated mesh and circular cutouts, where a luscious mix of green, gray, white, and black collide. On the medial side, a rugged rubber additive has been placed close to the underfoot, operating as both increased ventilation and support that leans towards the shoe’s experimental foundations. Here the lacing systems meets a variety of loops, allowing for easy on-off access. Minimalistic ISPA branding can be found on the laces themselves, as well as the shoe’s tongue, with Nike Swoosh logos placed at the heel.

Take a detailed first look at the Nike ISPA OverReact via the embed below and expect more info on the shoe’s release soon.

For more footwear news, Reebok intermixes the Classic Leather and Alien Stomper for its latest silhouette.