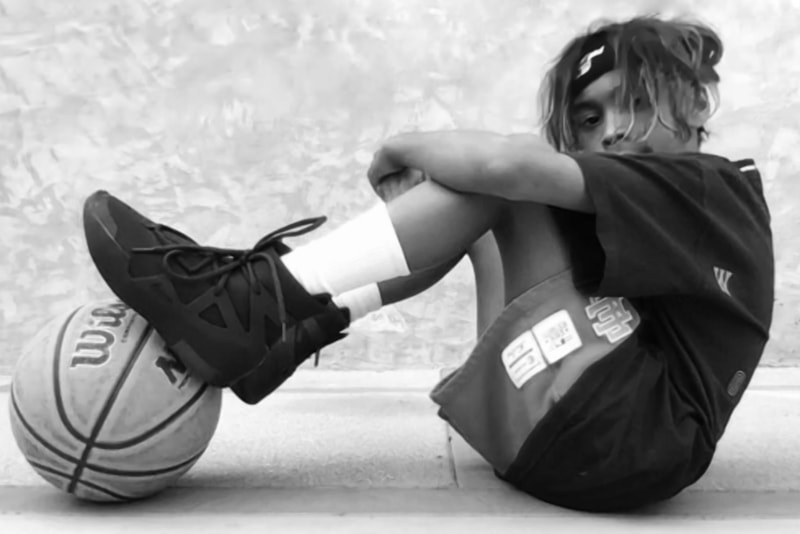 Earlier this year, we received the first look at an all-black iteration of the Nike Air Fear of God 1, followed by additional on-feet images. Fear of God's Jerry Lorenzo has now unveiled more images of the upcoming basketball sneaker in a new lookbook.

With the ongoing coronavirus pandemic, Lorenzo and photographer Pierre Toussaint had to find a way to collaborate and take the photos while being located in Los Angeles and Sydney, respectively. The two decided to utilize video conferencing platform Zoom to communicate while Toussaint captured screengrabs. Taking part in Nike's #PlayfortheWorld movement, the lookbook features Lorenzo's son, Jerry Lorenzo Manuel III, as he plays at home. Highlighting the versatility of the sneakers, the tonal silhouette is worn while skateboarding, playing basketball and baseball, and simply lounging indoors.

Comprised of a breathable mesh upper with geometric TPU caging, the footwear includes eye-catching details like suede panels on the top-box and a rear zipper closure. Balanced atop a double-height Zoom Air sole unit with a translucent window, the "Noir" colorway is expected to hit stores soon.

@jerrylorenzo & I finding new ways to shoot for @fearofgod @nikebasketball with the coolest Jerry Jnr ? #zoom

Fear of God also recently partnered with luxury fashion house Ermenegildo Zegna on an apparel collection, with a lookbook shot by Tommy Ton.