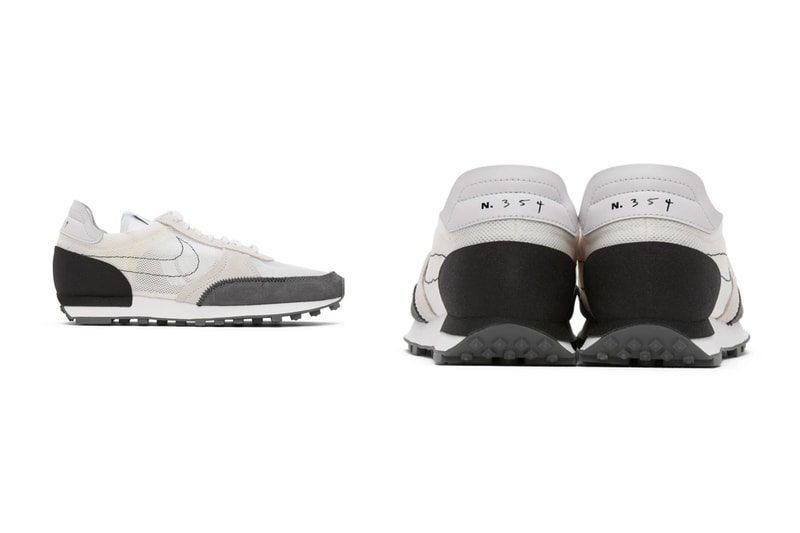 Nike has given a bold deconstructed spin on its Daybreak, a classic runner that first debuted 1979. Following its rustic "Orange/Pueblo Brown" rendition seen back in January, the American footwear label has given the silhouette a raw, unfinished look, redesigning the heritage sneaker with a "Type N. 354"-indebted overhaul in "White/Black."

Made up of crisp monochromatic shades, the sneaker features a number of functional materials that would normally be hidden under an exterior layer — breathable mesh lining appears throughout the uppers, contrasted against lush suede fabrics at the heel and toecap. Matching its heel counter, "N. 354" branding is placed at the top of the tongue, complemented by clean white laces and creamy ecru-toned eyelet panels. One noteworthy design feature is a squiggly Swoosh logo that's been thinly sewn over the sidewalls, popping out from its light, breathable uppers. Furthermore, the shoe's slim midsole is accompanied by a gray cleated outsole, offering extra traction, cushioning and stability.

For more footwear from Nike, here's a detailed look at the Air Fear of God 1 "Noir."