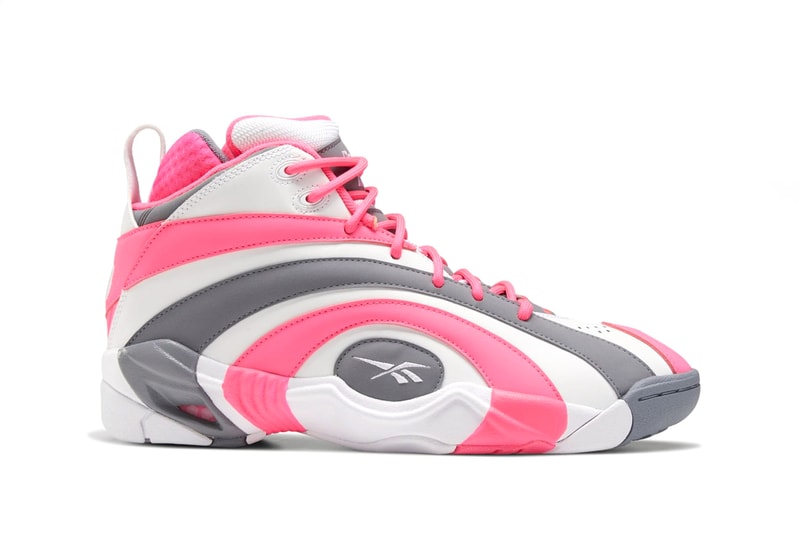 Originally released in 1995, the Shaqnosis was Shaq's fifth signature Reebok sneaker. In the 25 years since, both silhouette and dominant center have shifted into other lanes — the former as a throwback lifestyle favorite, the later as a beloved NBA on TNT host and DJ Shaq Diesel — and "Solar Pink" continues that alternate ethos. Its key design point is the concentric circles that ripple out from the midfoot, alternating between pink and grey.

These voluminous, hypnotizing overlays all circle back to Reebok branding on the lateral quarter, with another Vector on the tongue and Shaq's signature Dunkman graphic on the middle of the heel and the bottom of the throat. All three tones are brought back together on the midsole, which is loaded with Reebok's signature DMX cushioning to finalize the look.

A colorful celebration of the Shaqnosis's 25th anniversary, the "Think Pink" is available now via Reebok Japan, and retails for ¥19,800 JPY (approximately $184 USD).

Re-released classics aren't all Reebok has in the chamber: the brand recently teamed with PLEASURES for a spiderweb-equipped iteration of the Beatnik.