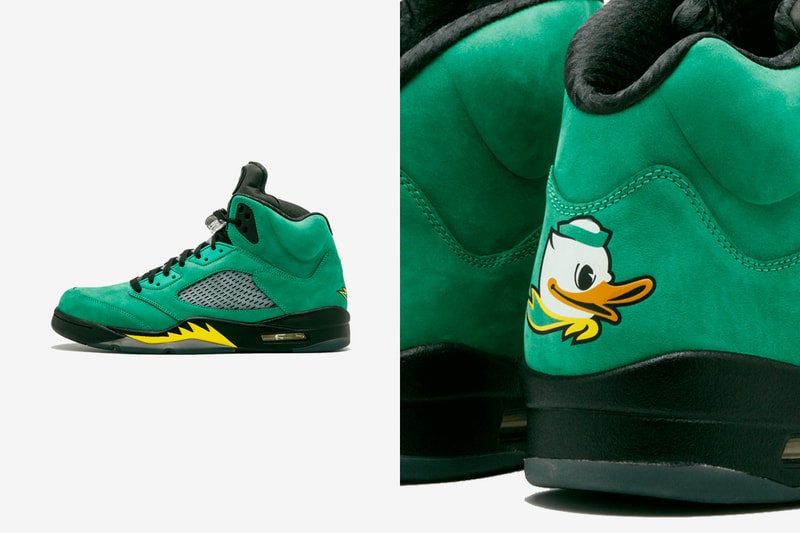 Tapping into collegiate spirit once again, Jordan Brand is now rumored to be releasing the Air Jordan 5 SE "Oregon" later this year.

Inspired by the popular PE from 2014, the shoe is expected to celebrate the University of Oregon's colors. The upper of the shoe is constructed of nubuck in bright "Apple Green" contrasted by premium black leather at the tongue and a matching sockliner. Contrasting hits come in the form of "Yellow Strike" on the black midsole paired with a translucent rubber outsole. Early reports are noting that Oregon Ducks motifs and logo most likely will be absent on the colorway.

Reportedly priced at $225 USD, the Air Jordan 5 SE "Oregon" is rumored to be releasing September 12.