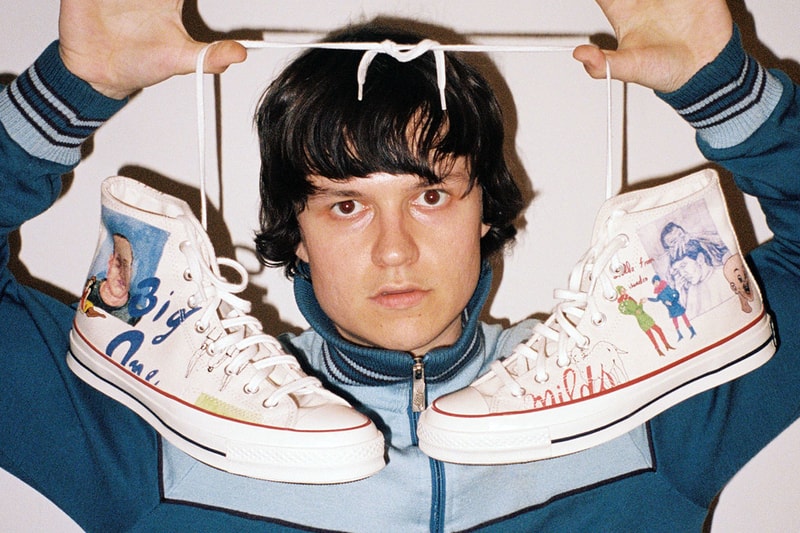 Tyler, The Creator's ongoing Converse partnership occasionally takes a step beyond mere collaborative footwear with the duo's occasional Artist Series initiative. The latest artist to feature in the series is Spencer McMullen, whose hand-drawn illustrations grace a pair of distinctive Chuck 70 sneakers.

McMullen has been on Tyler's radar since approximately 2015, when the then-16-year-old Jacksonville native flipped over his bike's handlebars trying to show Tyler his art. Five years later, McMullen was selected by the Igor rapper to remix Converse' signature sneaker. The prints that grace each sneaker's canvas upper were drawn by hand in McMullen's LA studio, reflecting a variety of personal experiences and creative inspirations, with photo-realistic drawings offset by cartoony doodles and scrawled text. “After growing up with the brand, applying my artwork to this sneaker was really a dream come true,” said McMullen in a statement. “But I didn’t want to disrupt the silhouette too much, because it is perfect in its simplicity. So, over a few months, I worked on new drawings and paintings to feature on the canvas, pulling inspiration from real stories that are documented around me – like books and photos on the internet of my life back in Jacksonville. I also kept a new, blank Chuck 70 on my desk to look at every day and I spread all my work on the floor around me to assess and arrange in different ways.”

Most recently, Converse premiered a special CONS CTAS Pro for skater of the year Milton Martinez